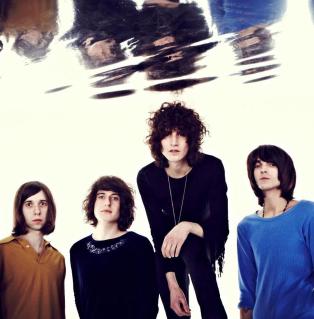 One of my favourite new bands of recent times, Temples have announced the release date for their debut album ‘Sun Structures’. The 11 track LP is out on February 10 2014 via Heavenly Recordings.

The LP was produced by James Bagshaw of the Midlands-based band and was recorded at his home in Kettering. It was mixed by Claudius Mittendorfer.

A new single is released on January 13, it’s called ‘Mesmerise’ and it does exactly that. More info on the album and the accompanying UK tour dates can be found HERE.