What is this basis for this payment? How much money is it in the scheme of things? And how painful will it be for Britain?

The difference between the estimated Remain vote counterfactual path and the actual path of UK GDP by the third quarter of 2017 is 1.3 per cent of GDP, or around £20bn 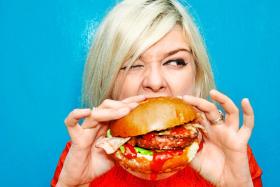 Ever since the early 1980s when Ronald Reagan said that the first duty of government was to get out of the way, and Margaret Thatcher echoed this by saying that markets rather than government should decide what Britain was good at, the British Conservative party has refused to have an industrial

The currency jumped around 0.9 per cent to $1.3367 in late trade on Tuesday, after the Daily Telegraph reported both sides were on the verge of agreeing a €44-55bn UK bill to settle its liabilities

Hide your kids: those dastardly undemocratic reds are coming again! The front page of one Murdoch outlet today carries wild reports of “Moderates forced out by hard left in Labour purge”. What has actually happened is this. Labour is choosing candidates to stand as councillors in next year’s local elections. In some cases, members have democratically decided that some sitting councillors should face an open contest: this happened automatically until a rule change last year. Calculating that they will lose to a leftwing alternative, some have stood down. Others have lost. This is not a “purge”. This is what is known as “democracy”.

Labour’s membership has the right to decide who will represent the party in elections, based on their record and politics. Take Haringey. As my brilliant colleague Aditya Chakrabortty has exposed, the Labour council there has tried to force through the privatisation of £2bn of council housing, public buildings and land. On one estate, more than 1,000 social-rent homes are to be demolished, with no provision given for socially rented replacements. 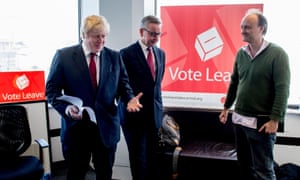 Dominic Cummings seemed the perfect man to lead Vote Leave’s strategic team. Where did he discover his passion for data? There’s a letter. That’s what I was told back in May.

If the Brexit divorce settlement is a big number, that will indicate that the EU would prefer to have a more distant relationship with the UK post-Brexit. It would signal that the cash upfront is more important than harmony in the future