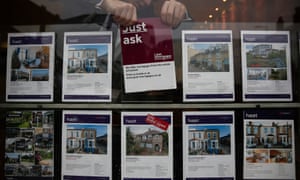 All the signs are there that a recession is just around the corner – but who will admit it? In any other world there would be national soul searching. Britain’s economic growth rate over the past 12 months is half its average over the previous 25 years – and set to deteriorate further.

The value placed by financial markets on bricks and mortar retailers is much less than it puts on online businesses. The job of markets is to look forward, and they signal very clearly that the future is online

The Poster Workshop was a facility used by activists in the late 1960s. A new book about it shows that while the left can now campaign more easily, the issues are sadly all too similar

It was an era with echoes of our own: a burgeoning radical left that particularly inspired the young; a time of political tumult, with anger over domestic injustices such as housing as well as a bloody foreign policy. The late 1960s saw the fag-end of the second majority Labour government, one that had disillusioned the left with its lack of economic radicalism and its support for the US-led Vietnam war.

The social network has played a key role in enabling the spread of fake news in Myanmar and Sri Lanka, studies show, and fuelling murderous violence

The most significant moment in the US Senate’s interrogation of Mark Zuckerberg came when Senator Lindsey Graham asked the Facebook boss: “Who’s your biggest competitor?” It was one of the few moments in his five-hour testimony when Zuckerberg seemed genuinely discombobulated. The video of the exchange is worth watching. First, he smirks. Then he waffles about Google, Apple, Amazon and Microsoft “overlapping” with Facebook in various ways. It’s doesn’t look like he believes what he’s saying.

Eventually, Senator Graham cuts to the chase and asks Zuckerberg if he thinks Facebook is a monopoly. “It certainly doesn’t feel like that to me,” the lad replies.

We were mad to wreck the TSB movement and the building societies, too 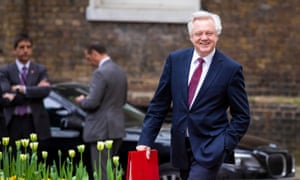 After another languid week, even the Brexit secretary’s allies are worried. But he’s safe – his colleagues are even worse It’s long been traditional to describe a lazy performance by an actor as phoned in. In the case of DExEu’s David Davis, however, he doesn’t even text it in.

The president’s visit should not be a means to normalise his ugly politics. He must be greeted by mass street protests

The normalisation of racism, bigotry and misogyny: this has always been one of the principal dangers of Donald Trump. Here is a man who described Mexicans as rapists and criminals and claimed a judge was biased against him because of his “Mexican heritage”. He has bragged of grabbing women’s genitals, faces multiple accusations of harassment and assault, describes women as “pigs” and “dogs”, and once suggested imprisoning women who had abortions.

It's a puzzle how anyone in the immigration office got the impression they were required to be a little bit zealous in the area of immigration. But now they love Caribbean people so it's worked out fine in the end

Environmental problems can be solved by a combination of conservation and technical advance. But there is a further element in the mix: common sense