Some called Zac Goldsmith’s London mayoral campaign racist for its suggestion that Sadiq Khan was a ‘security risk’. But they simply meant his proposal for extra cycle lanes was a security risk as jihadists would be able to nip through town and blow themselves up by bike rather than getting stuck in traffic

They are the victimisers who clothe themselves in the garb of victimhood. “Free speech” is their mantra, but it is nothing more than a political ploy, a ruse, a term the far right wilfully abuse to spread hatred. The arrest and jailing for contempt of court of Stephen Yaxley-Lennon – not “Tommy Robinson”, a name he revealingly took from another football hooligan when he founded the far-right English Defence League – has quickly been mythologised by the international far right as yet more martyrdom. It is victimisation of brave truth-tellers, they screech, by an establishment at war with western culture.

Had the banks not been supported by the government the loss to the economy would have been far greater, but more importantly the taxpayer has in fact almost broken even if you consider all the factors involved in the bailout

Is this just part of the normal noise of European politics – the speeches, the votes, the rows, the pictures of politicians getting out of black Mercedes and so on – or is this something bigger?

In my last post I used the example of Brexit to show that politicians, even when their ideas are seen as seriously harmful by most experts, will still find policy entrepreneurs to give them enough information to sound knowledgeable when they appear on the media.

Brexiters typically sound convincing if you know little about what they are talking about. Ian Dunt takes a typical example from Rees-Mogg (still favourite to be next Conservative leader).

Watching Donald Trump trying to deal with China is like watching a clown dancing in front of an elephant. The US president’s entire approach is transactional – the methodology he employed in his allegedly successful career as a property developer. It’s all sticks and carrots, bluff and counter-bluff, aggressive bluster followed by rapid retreats.

Sometimes, it appears to work. For example, the Chinese leader, Xi Jinping, clearly leant on Kim Jong-un to force him to agree to a summit meeting with Trump. But then Xi leant on Trump to rescue the Chinese tech company ZTE, brought to its knees by a US ban because it had evaded sanctions on trade with Iran. Trump duly complied and ZTE executives breathed again.

The GDPR may be well intentioned privacy legislation but it has prompted US news websites to shut out readers from the EU: cutting us off from the dynamism of US tech innovation

The culpability of the British government and its intelligence agencies in enabling suicide bomber Salman Abedi to blow himself up at a pop concert in Manchester is being masked a year later by the mood of grief and mourning over the death and injury of so many people. 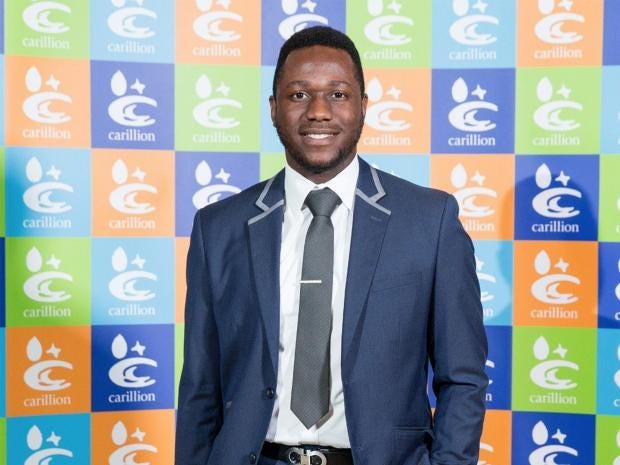 My name is Hamza Idris and Britain has been my home for almost a decade. I moved here on the 8 September 2011 from Nigeria and went to college and university here, before successfully applying onto the Carillion graduate scheme, a job I really wanted and enjoyed.