As Angela Merkel enters the twilight of her extraordinary political career, she can look back on a nation transformed by her rule. In 2005, the year she took office as Chancellor, Germany accepted its pivotal place in the world by proclaiming itself “a country of immigration”. 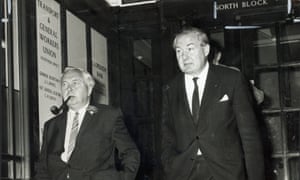 Alas, Keynes himself did not have an especially long run. Those wearing negotiations he undertook with the Americans and others on the postwar international economic settlement took their toll, as vividly described in Robert Skidelsky’s masterly biography.

At least 221 people have attempted the perilous Channel crossing from France to England in small vessels since the start of November. Police liken the risks to trying to “cross the M25 at rush-hour on foot”.

The last few months have seen a growing number of refugees and migrants attempting to reach the UK by making a perilous crossing over the English Channel from Calais in small inflatable boat – 82 were intercepted on Christmas Day alone.

The actual size of the sex industry online is difficult to estimate, but it is sophisticated and, in some senses, more honest than Google or Facebook

When the internet first entered public consciousness in the early 1990s, a prominent media entrepreneur described it as a “sit up” rather than a “lean back” medium. What she meant was that it was quite different from TV, which encouraged passive consumption by a species of human known universally as the couch potato. The internet, some of us fondly imagined, would be different; it would encourage/enable people to become creative generators of their own content.

Spool forward a couple of decades and we are sadder and wiser. On any given weekday evening in many parts of the world, more than half of the data traffic on the internet is accounted for by video streaming to couch potatoes worldwide. (Except that many of them may not be sitting on couches, but watching on their smartphones in a variety of locations and postures.) The internet has turned into billion-channel TV.

Stormy Daniels was the most searched-for performer, so Donald Trump has been good for her business 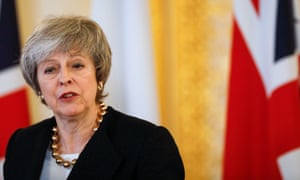 Though many will want to forget 2018 as quickly as possible, it’s important not to overlook the achievements of the many who have helped bring the country to its knees and the few – those happy few – who have lifted our spirits. So here is my total arbitrary awards ceremony of the year.

It is difficult to understate the mess that UK politics is in, and the harm that is doing to many of its citizens. MPs have accepted a mandate from the people that Brexit should go ahead, but cannot agree on what form Brexit should take.

Britain’s acute housing crisis has been allowed to get ever worse, in part because the wrong targets are persistently scapegoated for it. Migrants are a long-running target, of course; those deemed to be undeserving benefit claimants, such as teenagers mothers, are another traditional favourite. On one level, there is a perversely ingenious strategy at play. The more the government shrinks the nation’s council housing stock as a deliberate policy, the more those languishing on waiting lists feel as though they are competing for scarce resources, and the more they are incentivised to delegitimise other “competitors” as undeserving. The government is let off the hook.

Which brings me to the case of Labour backbencher Kate Osamor, who spent Christmas enduring a media storm because she declared that she was “proud, not ashamed” to be a council tenant. This is a disgrace, apparently, because someone on a parliamentarian’s salary should free up their house for the more deserving. This line of argument is not only wrongheaded, it goes some way to explaining why a housing crisis has enveloped Britain.

Related: Only a total rethink can solve the housing crisis | Dawn Foster

The US is at full capacity, or pretty close to it, with the lowest unemployment for 74 years. So growth has to slow, and the question is whether this will be a hard landing or a soft one

with a short coda on yesterday’s events Labour party voters overwhelmingly want Labour to come out in support of remaining in the EU, because it is the right thing to do.