At last, we’re getting somewhere. Two years after Brexit and the election of Donald Trump, we’re finally beginning to understand the nature and extent of Russian interference in the democratic processes of two western democracies. The headlines are: the interference was much greater than what was belatedly discovered and/or admitted by the social media companies; it was more imaginative, ingenious and effective than we had previously supposed; and it’s still going on.

We know this because the US Senate select committee on intelligence commissioned major investigations by two independent teams. One involved New Knowledge, a US cybersecurity firm, plus researchers from Columbia University in New York and a mysterious outfit called Canfield Research. The other was a team comprising the Oxford Internet Institute’s “Computational Propaganda” project and Graphika, a company specialising in analysing social media.

Humans should be the Earth’s custodians, not its butchers

Whales are among the most intelligent beings on Earth. They have what experts define as “culture”; they learn knowledge as individuals and share it with others; sperm whales talk with local dialects; orcas appear to grieve for their dead offspring – a few months ago, one grieving killer whale carried her dead calf on her back for more than two weeks. They are thinking, caring, complex animals. That Japan is reportedly planning to withdraw from the International Whaling Commission (IWC) and resume commercial whaling should, then, horrify us all.

Everything that happened in the year 2018

Laura Craik on the nightmares you can’t avoid before Christmas, not getting your oats and the boots trouncing all other footwear

Our many social ills have wrongly been attributed to migrants, rather than the powerful. The narrative has to change

With all the focus on the problems supposedly caused by immigration, it is striking how little scrutiny there is of the problems actually caused by opposition to immigration. It fuels bigotry towards anyone deemed to be “other”, from being screamed at to “go back to where you came from” in the street to being turned down for work. As we saw during the Windrush scandal, it leads to a country’s own citizens being kicked out of their homes, deprived of medical care and deported. It means that the wrong people are blamed for social injustices caused by the powerful – a lack of secure jobs or affordable housing, stagnating living standards, struggling public services. It causes staffing crises in essential services such as the NHS. It drives political phenomena ranging from Donald Trump in the US to Viktor Orbán in Hungary, who use xenophobia as a means to garner support. At its worst, the scapegoating of those deemed to be “foreign” paved the way for conflicts such as the second world war. Immigration has never destroyed a single nation; scapegoating has.

TURKEYS across Britain have agreed that we should stop discussing what kind of Christmas we are going to have and just get on with it.  The turkeys, who backed Christmas by an overwhelming 52 per cent margin, believe there has been too much argument already and cannot see what is delaying things.

The 8th Christmas Edition of the Von Pip Musical Express with Andy Von Pip as he rummages around his huge festive sack to find some brand new alternative Xmas tunes. 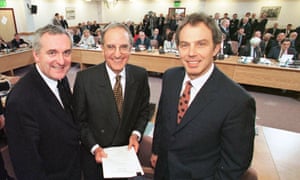 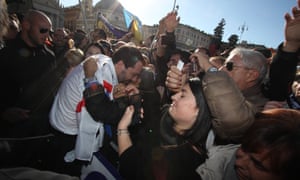 A standoff with EU officials. Ministers flying to Brussels to negotiate last-minute deals. Cries of betrayal at home. Dark warnings of economic calamity and social unrest.