This leads into a debate as to the areas where China is ahead of the West in its technology, or seems likely to become so. Two areas are particularly interesting

I’m old enough to remember left wing demonstrations in the UK when ‘fascist!’ was a standard chant. On most occasions back then it was a ridiculous accusation, and as such it was rightly laughed away. But times have unfortunately changed.

Google Street View is one of the wonders of the contemporary world. It’s a product of the arrogance, ambition, chutzpah and unconscionable wealth of a single corporation that decided it would photograph every street in the world and put the images online. When it was first announced, I was sceptical that it would amount to much – images of prominent streets in large towns and cities in western countries, perhaps, but nothing much more than that. And then one day I was wondering how to find my way to a friend’s cottage located in a remote rural area, looked it up on Google Maps, saw the Street View icon and clicked on it – and found myself virtually driving down the narrowest country lane you can imagine.

Street View was a product of Google’s conviction that it is easier to ask for forgiveness than for permission, an assumption apparently confirmed by the fact that most jurisdictions seemed to accept the photographic coup as a fait accompli. There was pushback in a few European countries, notably Germany and Austria, with citizens demanding that their properties be blurred out; there was also a row in 2010 when it was revealed that Google had for a time collected and stored data from unencrypted domestic wifi routers. But broadly speaking, the company got away with its coup. 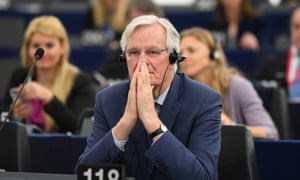 One vox-pop remark in a Financial Times article – “On the verge of a Brexit breakdown” – illustrated what we Remainers have been up against. Ironically, it came from a former Remainer: “I voted Remain, but in a second referendum I would vote Leave because of the way the EU has treated us. 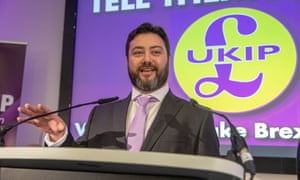 As the local and European parliament elections hove enticingly into view, you will likely find yourself moved by the Conservative party’s attempt to expand its electoral appeal beyond recent head-trauma victims.

For the last ten days Extinction Rebellion has blocked roads, railways and bridges in a campaign of peaceful civil disobedience. Now that the period of action has wound down, Owen Jones asks some of the organisers what they have achieved, what they’re planning next and whether it’s capitalism itself that they should be protesting against

We spend far too much time getting down about the state of the country – the whole international laughing-stock, spinning manically out of control and generally going nowhere thing is pretty draining. Yet hardly any effort is spent crudely shoehorning in film references to explain our political plight. This is a real shame, because for the Tory Brexiteers who valiantly yelled “Charge!”, then promptly led us off a cliff, the story of the past three years has fundamentally been a clash between self-perception and reality.

Extinction Rebellion got the ball rolling, but more radical action is now necessary if humanity is to survive

If only the Daily Express was right. That is not a sentence I ever expected to type. “Extinction Rebellion protests have WORKED as MPs succumb to calls for change”, bellowed the rightwing rag. Alas, the government has not capitulated to demands to declare a climate emergency, let alone to decarbonise the British economy by 2025. But Extinction Rebellion has retaught a lesson every generation must learn: that civil disobedience works. Amid the spluttering of obnoxious news presenters, it has forced the existential threat of climate change on to the airwaves and into newsprint.

But as this phase of protest winds down, the demands must radicalise. With capitalism itself rightly being challenged, the focus must shift to the fossil fuel companies and the banks. As long as they remain under private ownership on a global scale, humanity’s future will be threatened.

Related: The Extinction Rebellion scorecard: what did it achieve?

Plus Beyoncé’s new documentary and the Tube’s woeful wifi

As the election in India continues, it’s clear the country is headed for growth of an extraordinary scale. Whether the next prime minister will be able to sustain it is another story