Everyone has a pitch – but whether it’s Caroline Lucas’s all-female reboot or Jo Swinson’s Ken Clarke vehicle, they’re duds

Three years on from the Brexit vote, what best crystallises where we are? Perhaps that nowhere even close to 326 politicians can unify on what would constitute a government of national unity. The Liberal Democrats will do anything to stop Brexit, except for the things they won’t; Labour would love to stop the Tories’ version of Brexit, but first they just want to look busy and set this quick trap for the Lib Dems; the Greens want the headlines for a day and they’ve got a plan just batshit enough to secure them; and so on. Dominic Cummings must be cackling. The only worse form of unity was a Mitford.

So while it’s positive to have had leadership of the prospective government of national unity whittled down to just under 16 million candidates, it does feel a little bit near the business end of things for politicians to be indulging in the weapons-grade wankery we’ve seen this week.

The unfortunately obvious point is that, like most conversations in Hollywood, all of this week’s posturing is hot air

Maybe they’re worried that during his few days as prime minister, he’d sneak off in the night and make Britain part of Palestine

Web security firm Cloudflare’s decision to terminate 8chan as a customer is welcome, but risks setting a dangerous precedent

Last Saturday morning, a gunman armed with an assault rifle walked into a Walmart store in El Paso, Texas, and shot 22 people dead and injured 24 more. Shortly before he did so, a post by him appeared on the /pol/ [politically incorrect] message board of the far-right website 8chan. Attached to it was a four-page “manifesto”. The 8chan thread was quickly deleted by a site moderator (it was news to me that 8chan had moderators), but archived copies of it rapidly circulated on the internet.

“There is nothing new in this killer’s ramblings,” wrote one analyst who had read it. “He expresses fears of the same ‘replacement’ of white people that motivated the Christchurch shooter and notes that he was deeply motivated by that shooter’s manifesto.”

Formed late 2012. Released first single early 2013. Released seven 7″ singles, one full length album, one mini-album, one 12″ white label single and one 20 track compilation CD. No photographs, no live appearances. Their identities remain a mystery. Current status of Girl One And The Grease Guns…disbanded.

You might think the title above is nonsense: how can a Remainers vote for No Deal? I would have agreed with you a month ago. 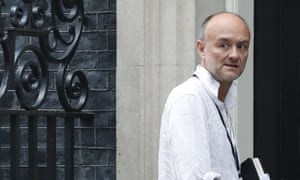 How did you enjoy Thursday night’s Downing Street address by Prime Minister Smirky McSmirkface? Boris Johnson began by describing his morning: “I was at the nuclear fusion labs in Culham.

A few privileged workers benefit from the rise of the tech giants, but millions more suffer at their hands

Here is one of the great paradoxes of our time. The world is dominated by a few corporations that are among the most profitable companies in the history of capitalism. In the US (the home of these giants) and in the UK (an enthusiastic vassal state), parts of the economy are booming and employment is at record levels. And yet, in the middle of this astonishing prosperity, inequality is at levels not seen since the period before the first world war. In the US, the share of total income going to the top 1% of the population is now back to the level it was in the 1920s. And in the UK, more than 4 million people are trapped in deep poverty.

Since this catastrophic rise in inequality seems to be correlated with the rise of the tech industry, it’s tempting to see a causal link between the two. Tempting, but too simplistic. For while digital technology has been a central factor in what’s happened, it’s only a part of the story. More often, it’s been an enabler of other forces rather than a prime mover.

On 8 May 1987 a Provisional IRA unit of eight men attacked a police station in the village of Loughgall in county Armagh 15 miles from the Irish border. One man drove a digger with a bomb in its bucket towards the building, half of which was destroyed in the explosion.

We are told constantly that the 2016 referendum gives our government a mandate for a No Deal Brexit, and that we would not respect democracy if we failed to leave. Both arguments are obviously false, yet they so often go unchallenged in the media.