As Yogi Berra once said, it’s deja vu all over again.

Google has built a super-fast computer, but whether it can break the encryption we take for granted is moot

Something intriguing happened last week. A paper about quantum computing by a Google researcher making a startling claim appeared on a Nasa website – and then disappeared shortly afterwards. Conspiracy theorists immediately suspected that something sinister involving the National Security Agency was afoot. Spiritualists thought that it confirmed what they’ve always suspected about quantum phenomena. (It was, as one wag put it to me, a clear case of “Schrödinger’s Paper”.) Adherents of the cock-up theory of history (this columnist included) concluded that someone had just pushed the “publish” button prematurely, a suspicion apparently confirmed later by stories that the paper was intended for a major scientific journal before being published on the web.

Why was the elusive paper’s claim startling? It was because – according to the Financial Times – it asserted that a quantum computer built by Google could perform a calculation “in three minutes and 20 seconds that would take today’s most advanced classical computer … approximately 10,000 years”. As someone once said of the book of Genesis, this would be “important if true”. A more mischievous thought was: how would the researchers check that the quantum machine’s calculation was correct?

Those who argue that a Corbyn led Labour party can never win a general election need to remember the days after the 2017 election, when Labour were ahead in the polls. Contrast Corbyn’s and May’s reactions to the Grenfell fire, and don’t imagine Johnson would be much better than May.

It used to be the case that a Prime Minister that had deliberately shut down parliament against its will might have felt sufficiently ashamed that they would have resigned when the courts found against them.

This being the art issue, I thought I’d write about my own, unique mixed-media installation, which I call ‘The Art of Hoarding Cotton Totes’. Picture the scene. My kid has a playdate. Her guest leaves a jumper behind. 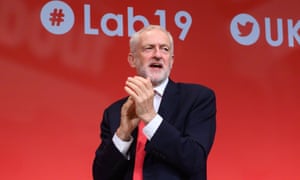 Essential to the success of any struggle is to recognise when you have won. It is less than a year and a half since the People’s Vote campaign was founded.

Dominic Cummings wants a ‘people v parliament’ election. But what happens afterwards? You, then, are ‘parliament’

Drawn increasingly into darkness and rage, the UK government functions as a promotional tie-in for the controversial Joker movie. Out next week, kids. Think of it as a Tory conference chaser. For now, it’s great to see everyone’s favourite political incel break cover, as Dominic Cummings makes a series of appearances among the chaos to announce: “We are enjoying this.” Such a self-styled antihero. He used to think what happened to his Brexit was a tragedy, but now he knows it’s a comedy.

The latest clip ends with Cummings blowing a kiss to the news cameras, a reminder that politics allows some people to play out a wishful version of themselves that would be laughed out of town anywhere normal. In any sane arena, Dominic is the answer to the inquiry: “What would happen if you shaved Quentin Tarantino’s head but kept everything else much the same?”

I don’t know if you’ve ever heard this line “the revolution devours its children”? That’s you, babe.

He’s had this job thrust upon him. And we should all remember that any of us, when we’re under pressure, react by insulting the memory of a woman who was murdered

Boris Johnson is on the ropes, the worst PM in history. Labour has been gifted victory. What does it conspire to do? Punch itself in the face

Yesterday was a very good day to bury a bad conference. Three weeks ago, rapidly oxidising political genius Dominic Cummings briefed that the Tories were going to “wreck” the Labour party’s annual gathering. After three days in Brighton, it was hard to see how even Downing Street’s Eric Cartman could have done a better job of it than the party themselves. Maybe he could have made Labour go on for an extra day? Or had a few more Dadaist votes on their Brexit position? In the end, Cummings master-strategised himself on to the wrong end of a monster constitutional VAR decision, taking one of his “alternative branches of history” right up the jacksy, and delivering Labour the considerable benefit of averting people’s eyes from their unforced errors here.

Sixteen hours earlier, Len McCluskey – who bestrides conference’s jugular like a colossus – had been telling the TV cameras the party’s shambolic show-of-hands vote on a Brexit position was a democratic triumph. “Everybody’s a winner here today,” the Unite boss beamed. “Everybody.” Oh Len. You should definitely tell that to the people I can still hear screaming “CARD VOTE?!?!?!” – in vain – in the hall behind you, having been denied the opportunity to #usepens. At a fringe event later that evening, it was mentioned that Jeremy Corbyn’s approval rating is minus 60, the worst for an opposition leader since comparable polling records began. “So what?” called someone in the audience. Madam, I am sure it is a sublime irrelevance.

The work “hack” used to be a term of approbation among geeks, as a means of describing an elegant way of circumventing a difficulty that had defeated lesser minds. In the old days, a good hacker was someone constantly on the lookout for better ways of writing code and there’s a sense in which the young Edward Snowden was one of those. At high school, he resented the way homework absorbed valuable time that he would have preferred to spend at a computer. So he analysed the marking system and realised that it could be “hacked”: if he just did the quizzes, he could get enough points to get by. He stopped turning in homework until one day his maths teacher questioned him and discovered his methods. “Pretty clever, Eddie,” he said, “but you should be using that brain of yours not to figure out how to avoid work, but to do the best work you can. You have to start thinking about your permanent record.”

Well, eventually Snowden did, and this fascinating autobiography is the result. It tells the story of how an intense, bright, serious boy from a patriotic, quasi-military family (father in the coast guard, mother working as a clerk at the National Security Agency) came to tell the world how his beloved country’s intelligence services had covertly pivoted from protection to mass surveillance in the name of national security. And in the process did us a great service.