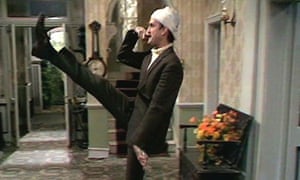 ‘I wonder if Kenan Malik is clear that the ‘Don’t mention the war’ episode of Fawlty Towers is intended to make fun of the British obsession with the Second World War that he criticises?” So wrote an irate John Cleese to the Independent in 1992 in response to an early op-ed of mine on Brit