The new antibiotic, effective against super-resistant pathogens, is proof that AI can do more than make tech giants rich

One of the seminal texts for anyone interested in technology and society is Melvin Kranzberg’s Six Laws of Technology, the first of which says that “technology is neither good nor bad; nor is it neutral”. By this, Kranzberg meant that technology’s interaction with society is such “that technical developments frequently have environmental, social and human consequences that go far beyond the immediate purposes of the technical devices and practices themselves, and the same technology can have quite different results when introduced into different contexts or under different circumstances”.

The saloon-bar version of this is that “technology is both good and bad; it all depends on how it’s used” – a tactic that tech evangelists regularly deploy as a way of stopping the conversation. So a better way of using Kranzberg’s law is to ask a simple Latin question: Cui bono? – who benefits from any proposed or hyped technology? And, by implication, who loses? 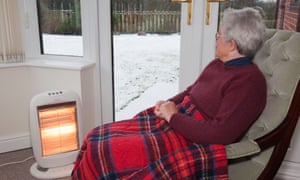 A society that lets thousands of its citizens die from needless, preventable causes is broken.

I have always had a problem with those who focus on the need to reduce low skilled immigration. Skilled migrants are OK, so the argument goes, because the UK needs their skills, but we don’t need low skilled immigrants because British workers can do those jobs. 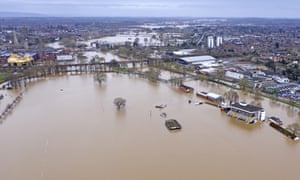 It has become an almost annual event. Heavy rain leads to widespread flooding, and people claim that we didn’t see it coming. Except we did.

The homelessness figures began to shoot up, even by the Tories’ own estimates, in 2010. It’s a complete mystery why that should be the year

The continuing expulsion of the Windrush generation from their home country to a country they hardly know, splitting up families in the process, is just a deliberate act of state cruelty.

Brilliant Too Cool for Skool Top Pop from another band featuring the vocals and guitar of  the prolific Rachel Aggs. She is also currently part of Sacred Paws and Trash Kit.

This is how racism and rightwing extremism are normalised.

Checks and balances are the skeleton beneath our body politic. The simple but powerful idea that you should not centralise power to one person or institution holds much of our democracy together – and you only really notice it isn’t working when it’s already too late.

Mark Zuckerberg and Brussels both have ideas on AI regulation, but it’s a Cambridge statistician who has produced something intelligible

On Wednesday the European Commission launched a blizzard of proposals and policy papers under the general umbrella of “shaping Europe’s digital future”. The documents released included: a report on the safety and liability implications of artificial intelligence, the internet of things and robotics; a paper outlining the EU’s strategy for data; and a white paper on “excellence and trust” in artificial intelligence. In their general tenor, the documents evoke the blend of technocracy, democratic piety and ambitiousness that is the hallmark of EU communications. That said, it is also the case that in terms of doing anything to get tech companies under some kind of control, the European Commission is the only game in town.

In a nice coincidence, the policy blitz came exactly 24 hours after Mark Zuckerberg, supreme leader of Facebook, accompanied by his bag-carrier – a guy called Nicholas Clegg who looked vaguely familiar – had called on the commission graciously to explain to its officials the correct way to regulate tech companies. The officials, in turn, thanked him and courteously explained that they had their own ideas, and escorted him back to his hot-air balloon.

It’s trustworthiness rather than trust we should be focusing on