It’s the home secretary’s trickiest week since her ‘holiday’ in Israel, but at least she’s visible. Where’s the prime minister?

According to officials from one of her former departments, Priti Patel was given to coming out of her office and inquiring: “Why is everyone so fucking useless?” Very bold. This is a bit like Donald Trump coming out of his office and asking why everyone has spectacularly stupid hair. The perma-smirking Patel has now moved on to the Home Office, where this week she was accused of bullying staff, trying to oust her most senior official, and creating an “atmosphere of fear” within the department. As opposed to outside of it, which is the norm. If nothing else, it’s a failure of management. To get the best out of people who you want to do their worst, you need to create the right working environment. It’s why the offices of S.P.E.C.T.R.E have a great creche, a smoothie bar, and two “I don’t feel like killing” days per annum for every employee.

As for the Home Office, a complex department already regarded as malevolent, it is now in the hands of someone who recently gave an interview in which she repeatedly confused “counter-terrorism” with “terrorism”. This whole “Priti Patel is home secretary” scenario has the flavour of one of those US news stories where some open-carry idiot’s toddler has leant forward in their car seat and pulled a gun out of the backseat pocket. If you’re one of those people who get off on saying “I told you so”, then fine. But really, there are no good outcomes here. One of the more eye-catching Home Office briefings against her this week declared that Patel was “not committed to the rule of law”. Given she’s home secretary, that feels akin to a doctor not being committed to the idea of medicine. Should it not be vaguely disqualifying?

Related: No 10 under pressure to say whether it vetted ‘racist’ Andrew Sabisky

From now on, wherever there’s a field of strawberries, instead of letting Romanians muck us about by picking them, the fruit can go rotten so British maggots can have somewhere to live at last

She has come to a similar point in her musical journey as Sharon Van Etten and has been just as successful.

Andrew Marantz is a staff writer for the New Yorker, and a pretty good one. He’s written a lot of perceptive stuff about the tech industry in recent years. One morning in 2016, he was in his office exploring “a particularly foul part of social media undergrowth”, when the magazine’s editor, David Remnick, came in, looked at the screen and asked: “What the hell is that?” Marantz told him to sit down and watch.

He repeated some of the Facebook searches he’d been doing, bringing up toxic memes and propaganda posts and reading out the “engagement” statistics below each one: 5,000 shares here, 15,000 “Likes” there. Then he pulled up the New Yorker’s Facebook page. A recent landmark piece got just 87 shares; Remnick’s own piece about Aretha Franklin had even fewer – 78 shares. And so on. “I get it,” said the editor. “It’s not auspicious, but where’s the story in it?” Marantz pressed on, exploring the maze of pro-Trump propaganda and viral memes. “What if I could find the people who are peddling this stuff?” he asked. “That could be a story,” Remnick replied. 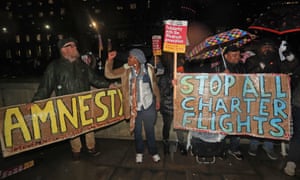 Houghton added that not only was too much power being placed in the hands of the executive but the law was also discriminatory in dealing “differently with naturalised than with British-born subjects”. Parliament agreed and rejected the proposal.

You know the joke: one dark night, a policeman comes on a drunk rootling around under a street lamp. When asked what he’s doing, the guy says that he’s looking for his car keys. “Is this where you dropped them?” asks the cop. “No,” comes the reply. “Well, then why look for them here?” “Because at least here I can see what I’m doing.”

This joke has often come to mind since 2016 when reading explanations – especially media explanations – of the Brexit vote and Trump’s election. The general tenor is that it was all down to social media, Facebook, Twitter and YouTube in particular.

He likes to play badass, but if he’s so ruthless why does the cabinet still contain such mediocrities as Gavin Williamson and Liz Truss?

With regret, I must begin with an apology. As the Westminster-based events of Thursday unfolded, I recalled with mounting horror that I had at one point during 2018 described a Theresa May cabinet as “a government of all the talentless”. As so often over the past few years, this would turn out to be an absolute failure of the imagination. I now realise I was, back then, living through a halcyon era of political accomplishment. Jeremy Hunt, Philip Hammond, even David Davis … those guys were like the Time Lords – or Socratic statesmen, or masters of the Glass Bead Game – compared with what was reshuffled into existence on Thursday.

A big Top Pop step up from her debut.