The platform’s moves to counter the president’s disinformation may be too little, too late, but it’s something

In addition to washing your hands while singing the first two verses of The Internationale, it might be a good time also to clean out your Twitter feed. According to a recent report of a research study by Carnegie Mellon University’s Center for Computational Analysis of Social and Organizational Systems, about 45% of the false narratives about Covid-19 on Twitter are sent by bots.

The study examined more than 100 false Covid narratives (including the 5G conspiracy theories) pushed in over 200m tweets since January. If you’re a reader of this newspaper, the likelihood is that you never saw any of these. But that’s because you are – like me – cheerfully encased in your own filter bubble. I write with feeling on this matter, because on the morning after the Brexit referendum I went through the list of about 800 people whom I follow on Twitter, and I could not locate a single one who seemed to have been in favour of Brexit in the run-up to the vote. The shock felt by them after the vote was palpable. But it was also a salutary reminder that anyone who uses social media lives in a digital echo chamber. 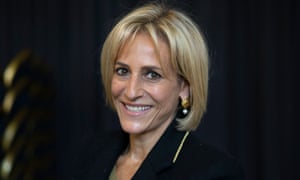 Impartiality is a concept that is frequently lauded but rarely defined. It has long been hailed as a sacred guiding principle behind news reporting for the BBC. Impartiality is extolled not simply as a gold standard, but a religion.

Recently the Prime Minister urged workers and employers to use their ‘good solid British common sense’ to decide what was safe with the recent relaxation of the lockdown. Which prompts an obvious question (thanks @SuffolkJason).

It’s not just Cummings. From laughing Hancock to cheery Sunak, they all want to style out this whole 60,000 dead thing

I read this week that Boris Johnson has been given permission by the Queen to exercise in the grounds of Buckingham Palace. That’s nice. Can she give him permission to act like a prime minister for more than an hour a week? He could start small, then gradually build up his prime-ministering distance, so that by the time of the next election he’s doing a whole day a week. Maybe there’s an app for it. Couch To PM.

In the meantime, we’ve all seen some shameless moves by Johnson over the past few days, but let’s open a sub-category for Thursday night’s Downing Street briefing. If you missed this How Not To video, it featured the prime minister inserting himself between some perfectly reasonable questions and the scientists Patrick Vallance and Chris Whitty, the government’s chief scientific adviser and England’s chief medical officer respectively, with Johnson acting for all the world like he’d take a bullet for them. Do me a favour. He wouldn’t even take a NutriBullet for them. He wouldn’t even read a bullet point written BY them.

Related: Covid-19 track and trace: what can UK learn from countries that got it right?

Ms Gavanski was born to Serbian parents in Vancouver in The Land of Enlightenment to the North of the land of the Twitter fake news branded Tweeter-in-Chief. This is her debut LP and her folky rock n’ roll is rather reminiscent of  Mug Museum era Cate Le Bon. She has been heavily promoted by GIITTV but, oddly, not by more obvious outlets.

Perhaps on Sunday you watched the entire nation being lectured on what constitutes fatherly responsibility by Boris Johnson, a man who won’t even say how many children he has, and leaves women to bring up an unspecified number of them. Perhaps on Monday you watched the Guardian’s Rowena Mason being lectured in journalism by Johnson, a man sacked from a newspaper for fabricating quotes from his own godfather, and who blithely discussed helping a friend to have another journalist beaten up. Perhaps today, you heard Michael Gove tell LBC he has “on occasion” driven a car to check his eyesight.

If you did see these things, I can only direct you to the slogan flyposted all over Paris during the 1968 civil unrest. “DO NOT ADJUST YOUR MIND – THERE IS A FAULT WITH REALITY.” The term “gaslighting” is much overused, but let’s break the glass on it for the events of the past few days. As for “indefensible”… well, I don’t think that word means what you thought it meant. 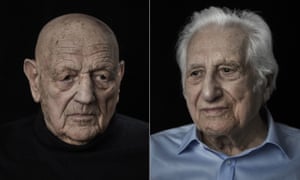 In 1939, Jules Konopinski escaped the Nazis “by the skin of my teeth” when he fled to the UK as a nine-year-old boy.