It’s back to the future time again. Boris Johnson is trying to wrap himself in the cape of Franklin Roosevelt and his famous New Deal, while his consigliere, Cummings, wants to go back to the 1950s and reboot Britain by building an imitation of the Pentagon’s Advanced Research Projects Agency (Arpa – later Darpa, with the D standing for defence).

Both projects have touching aspects of romanticism, ignorance and absurdity. In relation to Johnson’s FDR tribute band, his proposed £5bn splash on infrastructure comes to about 0.2% of GDP, whereas Roosevelt’s New Deal was estimated to be worth 40% of US national income in 1929. Roosevelt built dams, housing, roads and bridges across America. He restored the banking system, set up the Securities and Exchange Commission, encouraged trade unions. From 1933, his public works administration built the Lincoln Tunnel in New York, the Grand Coulee Dam and completed the Hoover Dam. Roosevelt instituted a minimum wage and maximum hours in certain businesses and asserted the right of workers to organise. For his part, Johnson will be refurbishing schools and repairing bridges – both good in their way, but on a minuscule scale. And he doesn’t seem to have any plans for reining in the City or for encouraging workers’ rights. So his Roosevelt rhetoric is basically back-of-the-envelope hogwash.

Darpa has spurred innovations such as weather satellites, the internet, GPS and voice interfaces

The pound sterling has behaved more like the volatile currency of a developing country over the past four years since the Brexit referendum vote, according to an analysis by foreign exchange traders.

In the government’s final press conference Chris Whitty, the Government’s chief medical officer, said ““I would be surprised and delighted if we weren’t in this current situation through the winter and into next spring.” The significance of that statement cannot be understated.

This LP was brought to my attention by The Finest Kiss but I have been aware of them for a while, also thanks to The Finest Kiss, due to Unlikely Friends the multi Moon offending joint project with members of Maths and Physics Club. They are from Seattle, Trumpyland and it is their 8th LP, but first for 7 years after 2 Unlikely Friends LPs of original material and a Bandcamp only covers one from 2019. This new LP is Top Pop rock n’ roll that is up there with the best of Unlikely Friends.

I’m sure everyone will stick closely to the rules that no one is sure of. Even if they don’t, managers are planning with the utmost care, one even has plans to ‘see how it goes’

Ms Bulat is an artist  from Montreal, Canada that I have been aware of for a while due to being heavily featured in FRUK and The AV Club and also past appearances in NPR and GIITTV. This is her 5th LP and one that is bolder and more poptastic than her previous one and, as suggested by the breadth of her coverage, her sound is not easy to pigeonhole. Check out the LP review on FRUK. 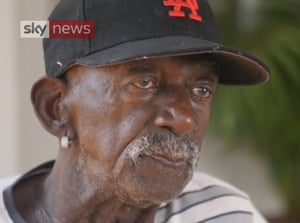